Ethiopian Prime Minister and Nobel Peace Prize winner Abiy Ahmed has announced he will lead his country’s soldiers on the front lines of the war against advancing rebel fighters, in the latest escalation of the year-long conflict between his government and rebel groups from the northern Tigray region.”Starting tomorrow, I will head to the war front to lead the defense forces in person,” he wrote in a statement on Twitter late Monday, urging citizens to “lead the country with a sacrifice” and join him. “Those of you who aim to be one of Ethiopia’s children who will be celebrated in history, rise up today for your country, let’s meet at the war front.””In the past and in the present, the needs and lives of each and every one of us is below [the needs of] Ethiopia,” Abiy added. “We would rather die to save Ethiopia than outlive Ethiopia.”

Abiy referred to the push as the “final fight to save Ethiopia” from “internal and external enemies” who he claims are “ready to build their strength on the weakness of Ethiopia.” 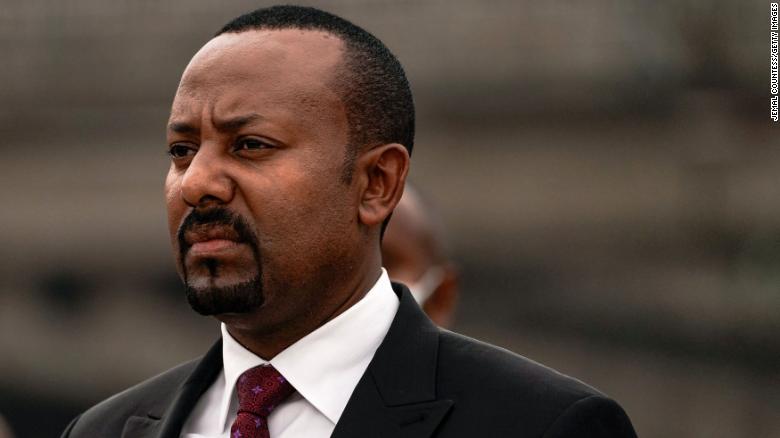 Ethiopian Prime Minister Abiy Ahmed pictured in Addis Ababa on June 13.The statement comes after the Tigrayan People’s Liberation Front (TPLF) — the former ruling party of Tigray — claimed its fighters had captured two towns as they advance towards the capital Addis Ababa, more than one year after the conflict erupted in the north of the country. The TPLF, which ruled the country for more than three decades before Abiy came to power in 2018, has been designated a terrorist group by the current government. One of the towns TPLF claims was captured on Saturday includes Shewa Robit, which is about 220 km (136 miles) northeast of Addis Ababa. CNN has not been able to reach the federal government for comment on the claim. TPLF spokesman Getachew Reda responded to Abiy’s statement in a tweet, warning that “our forces won’t relent on their inexorable advance towards bringing his chokehold on our people to an end.”

Ethiopia is at war with itself. Here’s what you need to know about the conflict While the Prime Minister is on the battlefield, his duties and the duties of other administrators who have joined the fight will be done by federal and regional officials who will “work to their fullest capacity” to oversee the development and administration of the country. “Ethiopia is the name of winners,” Abiy concluded his statement, ” I never doubt that my generation shall pay the price in its name as an icon of freedom. “When Abiy received the Nobel Peace Prize in 2019 for ending a 20-year war between Ethiopia and Eritrea, he was lauded as a regional peacemaker. Now, he is presiding over a protracted civil war with rebels in Tigray that by many accounts bears the hallmarks of genocide. In November 2020, Abiy ordered a military offensive in the northern Tigray region and promised that the conflict would be resolved quickly. One year on, the fighting has left thousands dead, displaced more than 2 million people from their homes, fueled famine and given rise to a wave of atrocities.

Awol Allo, an associate professor of law at Keele University in the UK who was among those nominated Abiy for the Peace Prize, wrote of his shock over the Prime Minister’s statement on joining the front lines. “The announcement is replete with languages of martyrdom and sacrifice. This is so extraordinary and unprecedented, it shows how desperate the situation is,” he tweeted on Monday.Abiy has repeatedly used inflammatory language while urging supporters to rise up against Tigrayan forces. In late October, Facebook removed a post by Abiy that violated the company’s policies on inciting violence.

Ford to boost investment in electric cars by 2022